Available in manly Black only

The leather upper makes them a bit more special and definitely long wearing.  Give your feet a little massage too so they really are the best thongs to have 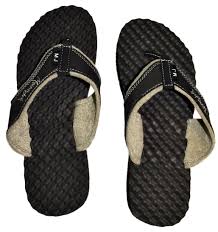 Double Pluggers are always the first choice of Real Aussie Blokes but when you need to be a bit more formal get into a pair of Knobby’s.  Just a bit more stylish for when you want to impress.

Thong sandals have been worn for thousands of years, dating back to pictures of them in ancient Egyptian murals from 4,000 BC. A pair found in Europe was made of papyrus leaves and dated to be approximately 1,500 years old. These early versions of flip-flops were made from a wide variety of materials. Ancient Egyptian sandals were made from papyrus and palm leaves. The Masai of Africa made them out of rawhide. In India, they were made from wood. In China and Japan, rice straw was used. The leaves of the sisal plant were used to make twine for sandals in South America, while the natives of Mexico used the yucca plant.[9]

The modern flip-flop became popular in the United States as soldiers returning from World War II brought Japanese zōri with them. It caught on in the 1950s during the postwar boom and after the end of hostilities of the Korean War. As they became adopted into American popular culture, the sandals were redesigned and changed into the bright colors that dominated 1950s design.[11] They quickly became popular due to their convenience and comfort, and were popular in beach-themed stores and as summer shoes.[12] During the 1960s, flip-flops became firmly associated with the beach lifestyle of California. As such, they were promoted as primarily a casual accessory, typically worn with shorts, bathing suits, or summer dresses. As they became more popular, some people started wearing them for dressier or more formal occasions.[10]